How to move on when a relationship breaks down.

Through my work as a counsellor and as a relationship therapist, I have found that time and again people are coming to me because they are finding it almost impossible to move forward with their lives after a particularly difficult and painful break up.

I am going to have to generalise a fair amount in this blog because, of course, no two relationships or the end of said relationships are the same. So I apologise if you find yourself thinking ‘Well yes, that’s all very well, but in my situation that wasn’t the case’ because I cannot possibly explore all the potential variations of such a personal and individual experience. What I will say is that my heart goes out to you if you have been left scarred, and I know that regaining a sense of who you were before the relationship is extremely difficult – I am not in any way minimising or trivialising what you have been/are going through.

I have read a number of articles and blogs on this subject and have found many of them to be a bit shallow. The sort of ‘Go on holiday’ or ‘Buy yourself some new shoes!’ type advice. I’m actually a fan of the ‘Start exercising’ advice but I know this is only a tiny part of something that could only make you feel only very slightly better.

So, what follows is what I hope to be something with slightly more substance than the usual. It is my intention to explore the break-down of the relationship as well as some guidance on what you can potentially do to help yourself to heal.

It occurred to me that many of us seem to be somewhat unaware of the fact that relationships are subjective. It’s not that we don’t ‘know’ that, but we don’t really consider it consciously. We tend to assume the other person is experiencing things in the same way we are. We assume they feel the same way (or at least in a similar way) as we do; that they have the same expectations of the relationship as we do; that they have the same shared vision of the future as we do. But often this isn’t the case.  There is a sense of shared experience, of course, but mostly we see things as we are; not as they are. Just take a minute to digest that because once you do, if it’s something that you haven’t considered before, it can create quite a shift in your perception of almost everything.

Maybe you had different expectations of the relationship, you assumed that marriage and children were a given. Maybe they have never wanted children and assumed a child-free life was a given. Maybe they don’t believe in marriage. Maybe they don’t see flirting as being disrespectful, but you do. Maybe you expected to do everything as a couple, but they expected it to be just 2 or 3 dates a week. I could go on (but I won’t). Sometimes these things just aren’t communicated, because each party just assumes the other person is on the same wavelength as they are, or they simply avoid the topic for fear of it affecting things and the relationship they currently have.

There is also the possibility that the other person led you to believe that they did indeed hold the same expectations as you.  They had no intention of having children, but allowed you to believe they would because they didn’t want the relationship to end. Maybe they were more deliberately cruel than that. Maybe they were wonderful for a while, but then became abusive and seemed to transform overnight. Maybe they cheated. Maybe you did. Sometimes though, people just change and it’s a sad fact of life that if you don’t change together, you grow apart and if one of you wants the relationship to come to an end because they don’t love their partner anymore, it can be incredibly painful for the partner to accept, especially if they are still very much in love.

Often, the loss of the fantasy relationship can be just as painful as the loss of the actual relationship. It’s that sense of loss over the imagined future that will never be. Or the idea of the relationship as it was in your mind, but not in real life. It’s the ‘rose tinted glasses’ effect. Perhaps you have idealised them and are putting all the negatives to the back of your mind. Maybe you are doing the opposite – maybe you are holding on to all the negatives and are eaten up with anger and regret. You can’t forgive them for breaking your heart.

And, of course, the fantasy is most likely not how it really was/would have been. You see, there’s always a reason it ended. Are you mourning the loss of the relationship it could have been rather than the one it was? Because letting go of a dream is painful and being faced with an unknown future is scary. The thing is, the future is always unknown. It can never be predicted. All we can ever be certain of is right now. So it will be what it will be, even without that person.

The thing to remember is that your identity is not built around being one half of another person; you aren’t defined by the relationship or by the break up. You are many other things besides. You are you, and you are who you are because of everything that has happened to you, good and bad. I absolutely believe our paths are mapped out for us and that everything happens for a reason. If something happens that feels awful (which it will – life is never a complete bed of roses), there is something better waiting around the corner. You may or may not subscribe to this way of thinking, you may think it’s a load of BS, but I respect that position as I hope you are able to respect mine. I have yet to be proven wrong…

I would say that it’s important to accept all your feelings over your experiences: it’s ok to be angry (but not vengeful) and to feel resentful and sad and disappointed, possibly even still love them to some extent, and all the other things but you need to feel. Feel them, acknowledge why you feel them and then one day, if possible, accept what has happened and try to let go. If you allow what has happened to prevent you from moving on, they are still in some sort of control of your life and that’s not ideal by any means. If you are angry and are remembering the bad things they did, can you remember any of the good things? If you can only focus on all the wonderful times, can you remember some of the negatives too? Can you achieve a sense of balance so you aren’t eaten up by either position?

It’s also worth pointing out that any loss can be experienced as grief. It’s entirely possible that you’re moving through the stages of grief and will experience a multitude of emotions that seem to ebb and flow depending on what day it is. You may move back and forth through these stages, but be reassured you will come out the other side. (More on that here if you’re interested https://grief.com/the-five-stages-of-grief/)

Sometimes it helps to know that what happened was because the other person was selfish – they did it because of what seemed to be in it for them rather than as a result of who you are or what you did. As human beings, we are usually motivated by self-interest. We do what we believe is best for us and although we don’t mean to hurt other people, the two positions may not be able to co-exist. We may have to hurt someone in order to get what we believe we need. It doesn’t make it right, but knowing that they did what they did because of them, not you, means you can let go of those negative feelings about yourself and your worth, and begin to see yourself in a healthier, more positive light.

The chances are you couldn’t have done anything differently, and even if you could there is no point dwelling and regretting. If you feel you were lacking in some way, it’s far better to use that knowledge to do things differently in the future.

You also need to remember that the past doesn’t predict the future. I can’t stress this enough. One person’s actions do not, in fact they cannot, dictate those of another, entirely different person. All too often we are hurt by someone and are so fearful of experiencing that again, we avoid relationships like the plague. It’s natural to make this assumption (in fact this ‘logic’ is how we avoid burning ourselves on a hot stove more than once) but it is a flawed assumption nevertheless. Yes, you were hurt and your trust was broken, but that was by them, not by the next person you meet.

However – I will tentatively suggest that if you find yourself endlessly choosing partners who hurt you it might be an idea to look at the way you feel about yourself and your expectations of what you deserve (but that’s a whole new topic and one which I cover in my online course – not for now I’m afraid).

So, as an end this brief exploration of moving on after a painful separation, I’d like to encourage you to remember to trust in the human condition. Human beings have an immense capacity to heal over time and to adjust to new circumstances and live in a new way, even through pain. We somehow find a way to keep going, to rebuild our strength, to gain resilience and to feel stronger and more positive day by day.

Keep the faith and be kind to yourself – things will get better for you. Life’s not over yet, try to believe there are brighter things coming your way.

And as usual, if you think I can help you in any way, please feel free to get in touch! 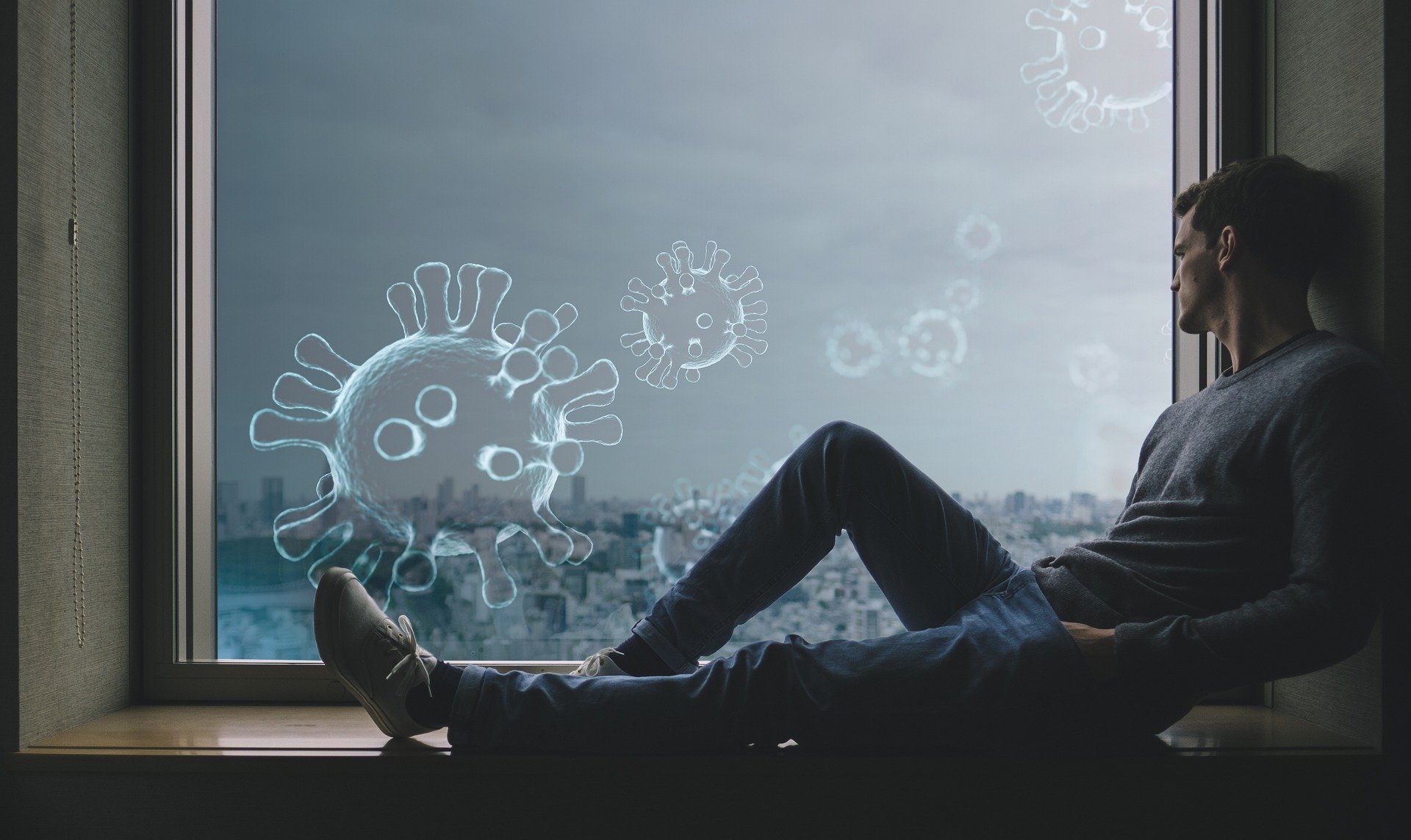 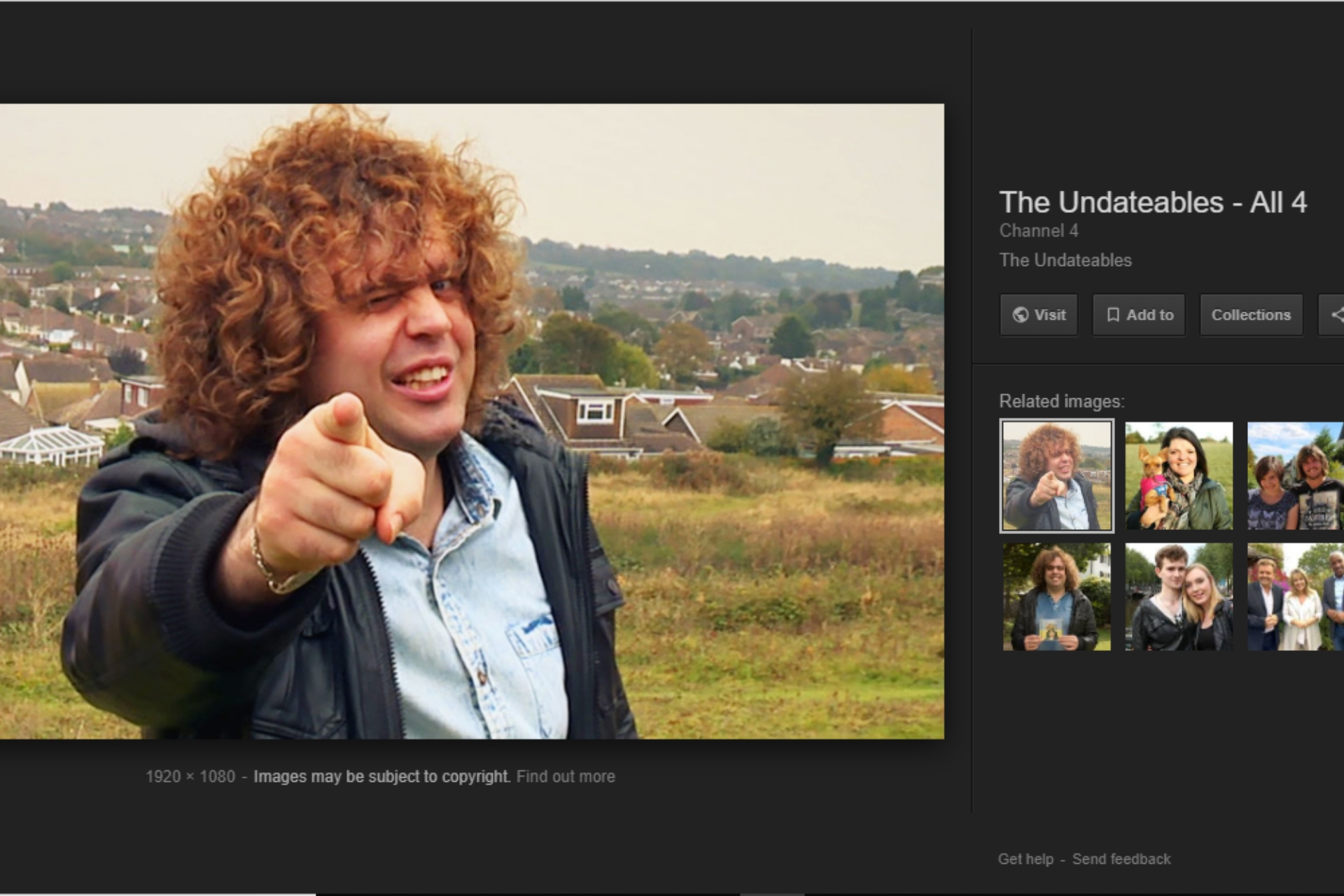 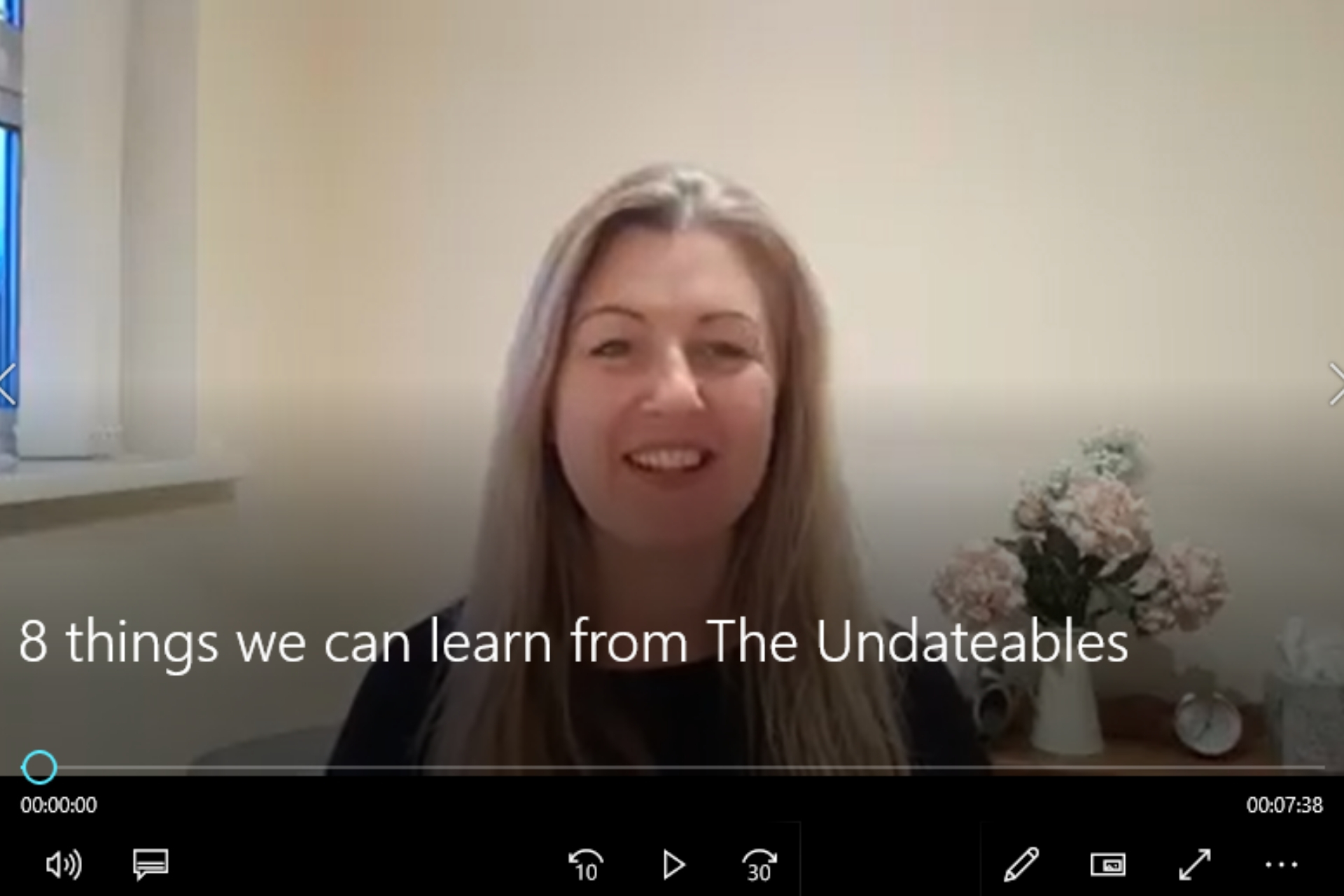 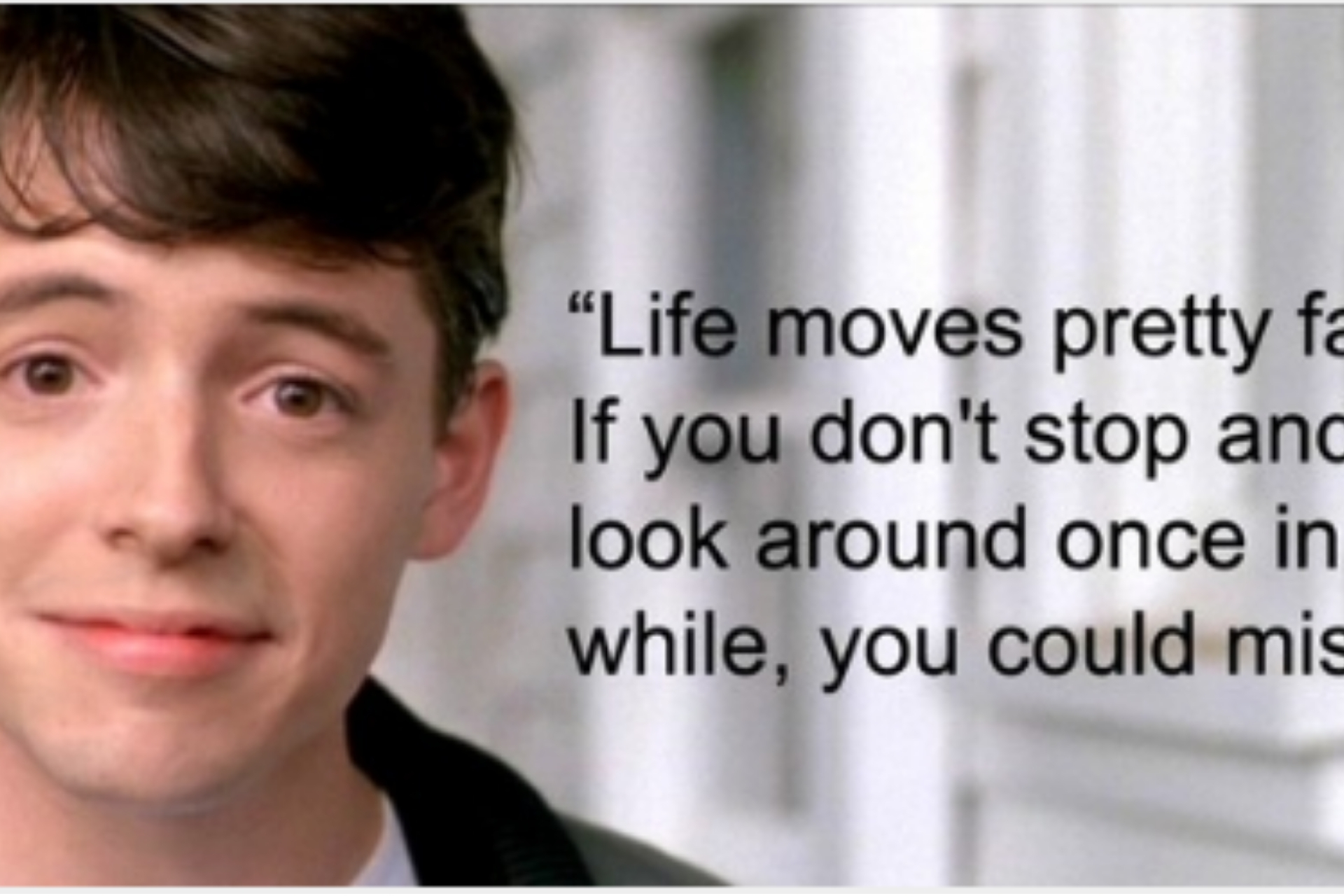